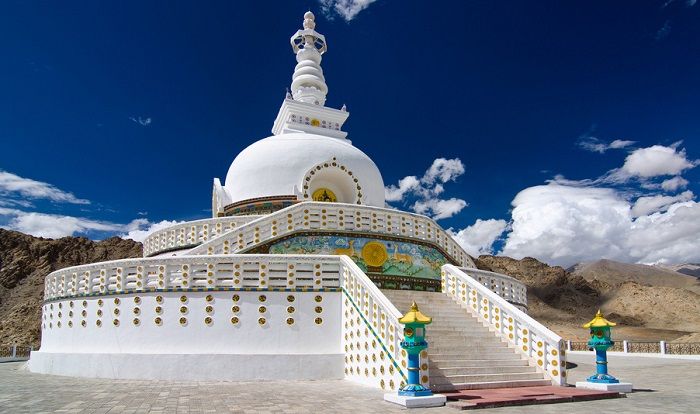 Rajgir was the ancient capital city of the kings of Magadha. The name Rajgir literally means "House of the King". Rajgir pilgrimage is a very important Buddhist site since Lord Buddha spent 12 years over here and also preached two sermons. The first Buddhist Council, after the attainment of Nirvana by Buddha, was hosted over here in the Saptaparni caves. Buddha's favorite retreat was at the Jivkamaravana monastery located amidst scenic thickets. The Rajgir Buddhist pilgrimage is one of the most visited sites in India and has many structures built in the Buddhist architectural style.

Some major sites worth seeing in Rajgir are as follows:

The Gridhakuta hill is also known as the Vulture's Peak. This is the place where Lord Buddha preached many of his teachings and sermons. Upon the attainment of enlightenment, he preached two of the most important sermons known as Lotus Sutra and the Prajnaparamita over here.

The Hot Springs are located at the foot of the Vaibhava hills. The water gushes out from the stream named as "Saptadhara". The hottest spring over here is the Brahmakund, which is 45o Celsius. There are separate bathing places for men and women and the water is supposed to have medicinal properties.

The Saptparni Cave was the cave where the first congregation of the Buddhist Council took place after Lord Buddha attained Nirvana. The place also has a Burmese temple and a Japanese temple.

The Shanti Stupa is a beautiful structure in white and is one of the major Buddhist attractions at Rajgir. It is located at the top of Ratnagiri hill. The stupa has four golden statues symbolizing the four major stages in his life: His birth, His enlightenment, His teaching and His death.